The SD Sealants Junior Tour of Wales is pleased to announce that SPORTTAPE have become its official physio- and kinesiology supporter, with Roger Daniels of Pontypool-based Therapi Tylino coming on board as the race’s official therapist and soigneur.

SPORTTAPE are based in Caerphilly, just 12 miles from the Junior Tour headquarters. Their range of kinesiology and other tapes support and protect muscles and tendons, increasing performance, reducing pain and damage and assisting recovery. They are used all over the world, and the company is already the official supplier to the Raleigh GAC professional cycling team, England Netball and the British Ski & Snowboard Association

Race Organiser Richard Hopkins says “The 2016 edition of the race is the longest we’ve ever had. With such a high quality field, the riders will be going flat out, so there will be some very tired legs around. While some of the teams will have their own soigneurs and physios, many won’t. Roger’s massage and expertise applying SPORTTAPE, will allow many more riders the opportunity to start each stage feeling fresh and ready to perform at their best.”

Therapi Tylino’s Roger Daniels says “Cycling puts great demands on the body and for extended periods. Massage therapy for athletes can be a key contributor to enhance performance. It helps to reduce inflammation, eliminate toxins in muscle fibre and remove adhesions. Riders are always looking to get the maximum from their machines. In a world of marginal gains, the most significant ‘tune-up’ will always be to make sure that the human part of the machine is functioning at peak efficiency.”

SPORTTAPE’s Ieuan Thomas adds “We pride ourselves on supporting the Best of British, and the Junior Tour of Wales certainly comes under that category. As a Welsh company it is 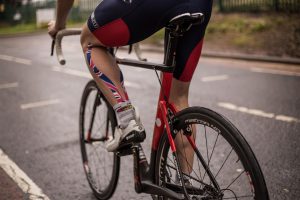 fantastic to be involved with a local event that brings with it such international prestige. Our products have been used by cyclists all over the world for many years and we’re excited to have them used at this years Tour by Therapy Tylino and various team soigneurs. We will be watching the race eagerly, and look forward to seeing the next wave of future grand tour winners and Olympic champions racing for victory.” 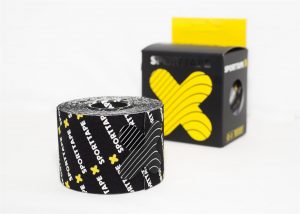