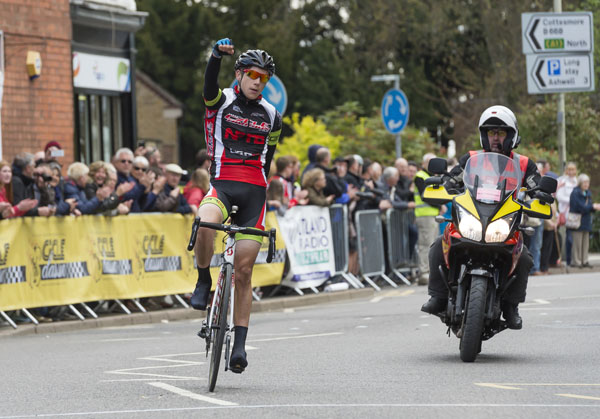 Nathan Draper wins the 2015 Junior CiCLE Classic. Guy in 2nd place later DQ’d after it was discovered he was riding a motorbike

With Nathan Draper currently leading the British Cycling Junior Road Series, taking the Junior Road Championship in June, and with three more super-strong riders on the squad, the RST Racing Team are heading into #JTW15 as one of the teams to watch.

Draper is riding alongside European Track Champion Joey Walker and 2014 Hatherleigh Road Race winner Joe Fry, both of them in the Series top 10, and a fascinating addition is Australian-Englishman (or is that English-Australian?) James Higginson. But while it’s a beginning for James, it’s the conclusion of an exciting chapter for RST, although it sounds like they’re tuning up to finish on a high. Team manager Chris Walker writes:

“The season is coming to a close for our RST Racing Team boys and it’s tinged with sadness as our time together is coming to a close. RST Racing Team came about without any great plans 5 years ago and at the beginning it was just a case of a few mates coming together from different teams at Youth racing. The plan was to enjoy the racing as much as possible whilst learning the craft of road racing and tactics in a no pressure environment.

Having raced before I was quite shocked to see young kids crying at races as they weren’t coming up to expectations of their parents or because the parents were pushing too hard. I didn’t like the look of this at all as kids should just be enjoying the sport at this early age. We progressed through Youth racing with an unexpected amount successes at National level and then our Junior girls moved on together to to be part of Team Giordana Triton. Our first rider to turn senior was Gabz Cullaigh who was selected for British Cycling Academy.  This year we are left with just three Junior men, Joey Walker, Nathan Draper and Joe Fry but also for the back end of the season we have taken on board Aussie based Brit James Higginson who came over to try his hand at selection for next years BC Olympic Development Plan by riding the track nationals and Tour of wales.

This brings me around to the tour of Wales, what a race, the guys are really up for this as its a great mix of everything needed in a stage race, it has a hard time trial, brutal road race stages and also those which favour the sprinters that may have had a hard time in the Welsh mountains. This race, along with the Isle of Man Junior Tour, has been a big goal for the boys since the start of the season and they have put some big effort into their preparation. Joey and Nathan choosing a hard training camp in the Isle of Man, Joe Fry choosing some top end races in Belgium and James putting in the hilly miles around Manchester.  The Tour of Wales has some great history which hasn’t gone unnoticed by the guys as some who have performed there before are now stars of the Tour de France. The race is also very important as its usually used as a selection race for the upcoming Junior World Championships.

We are all looking forward to the hard few days in Wales, see you there!”

The team already have one Junior Tour stage win after Gabz Cullaigh triumphed at Hardwick last year – and with such a strong squad, all four jerseys are in their sights in 2015. 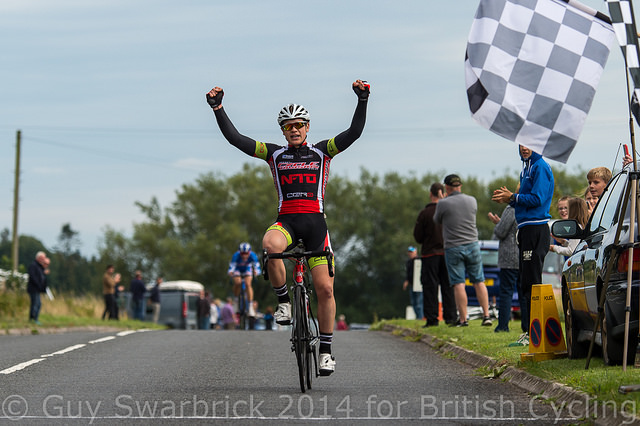